A short trip to the interior of Berau, cruising the Lesan River to Pulau Bawan, spotting orangutans in the jungle, and visit Benua Baru where the Dayak Kayan have setteled since 1970 when they migrated from the Apokayan. The Dayak Kayan tribe, is an artfull tribe with long ears and tatoo 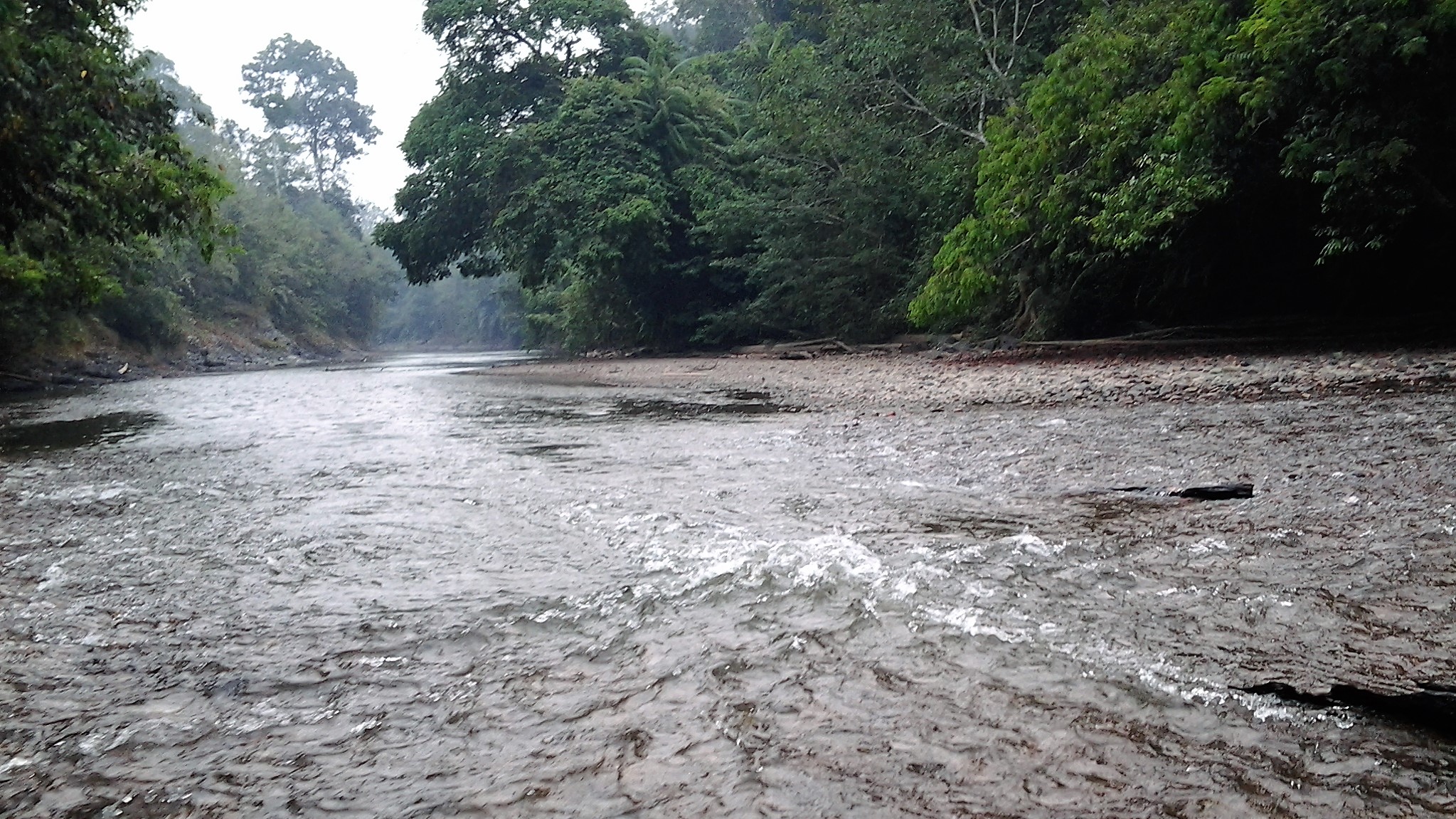 The Lesan Dayak tribe, live a traditonal way of hunting, fishing, dry farming, collecting honey, gaharu (fragrant resin) from the jungle, and bird nests found in limestone caves of Lesan Karst. The main infrastructure channel into the area is the Lesan muddy River will sail you in to the forest 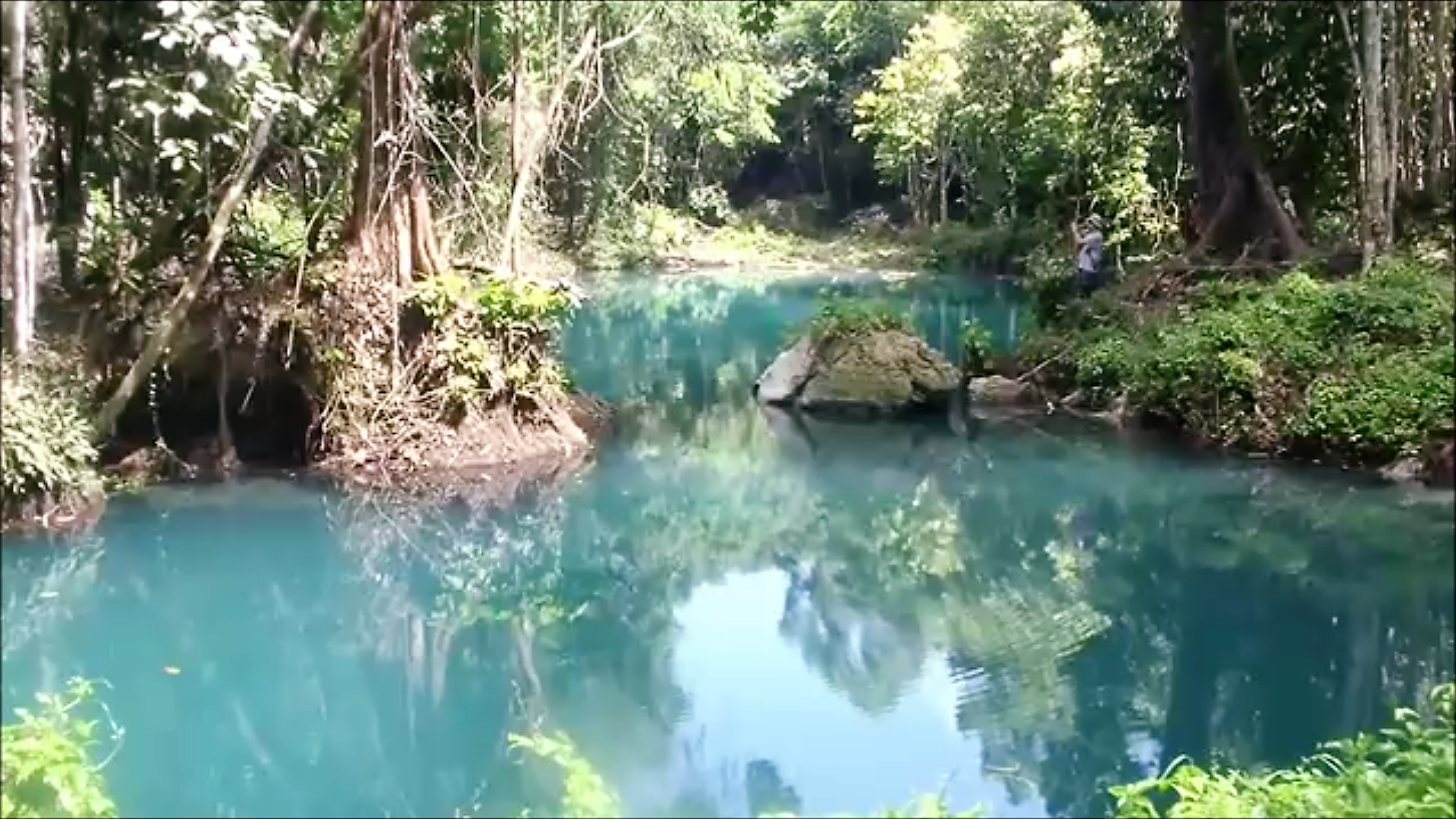 The steep towering rock walls scratch in the bright sky of East Kalimantan ‘s Karst Mangkalihat wonderland of caves, and lakes. The nearby located Lesan Rain forest is natural heritage biodiversity home to unique flora and fauna including the Orangutan. 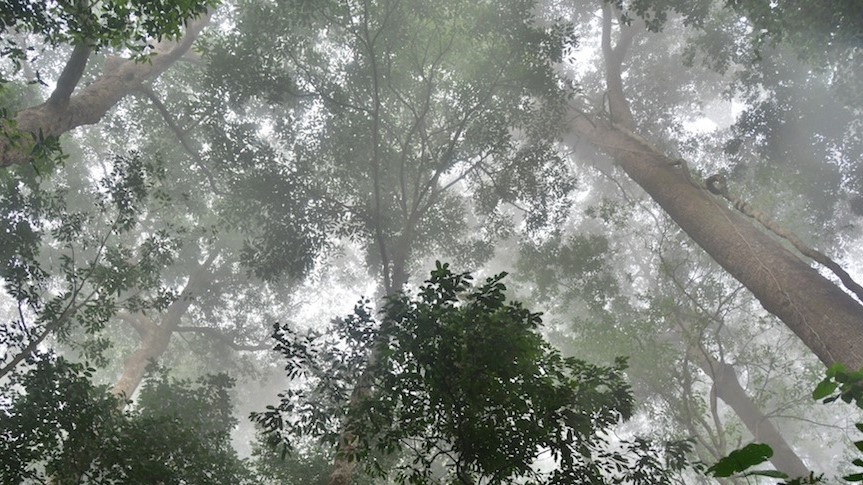 Lesan Rain forest biodiversity with 52 mammalian species, 118 bird species, 18 bat species, 12 amphibian species, several reptiles such as lizards and 45 tree species. This forest has 39 species of feeding trees for primates, notably orangutans, and nesting trees.
The diversity is noticeable in the high populations of rare flora and fauna such as orangutans (Pongo pygmaeus mario), gibbons (Hilobates moulleri), sun bears (Helarctos malayanus), proboscis monkeys (Nasalir larvatus) and various plants like ironwood (Eusideroxylon zwagerii), bangkirai (Shorea laevis), agatis (Agathis), kapur ( Dryobalanops sp), kruing (Dyptherocarpus confertus), rattan (Calamus sp), forest durian (Durio), and forest rambutan (Cuponiopsis sp).
Lesan is home to unique plants as the tampar-tampar hantu plant, which means “slapping a ghost” (Sindora wallichii).
The orangutan population is estimated to be between the 400 and 500 orangutans at Lesan, and is one of the largest populations of Orangutans in an area at Kalimantan, Lesan is therefor declared as a protected rain forest zone due of its large orangutan population to be conserved.
The Lesan Dayak tribe, live a traditonal way of hunting, fishing, dry farming, collecting honey, gaharu (fragrant resin) from the jungle, and bird nests found in limestone caves of Lesan Karst. The main infrastructure channel into the area is the Lesan River, a muddy river as one of the main streams connecting the forest with the villages and give access to the outside world.

Main Interest & Things to do :
Jungle trek, and exploring the Flora and Fauna which can't be found anywhere else in the world, as only in along this Lesan River which streams out of the limestone rocks of the Karst.
High population of wild orangutans, jungle trails with towering tree up to 50 meters at the top of the forest for a amazing view over the emerald jungle of Kalimantan.
Tradition of the local tribes of hunting, fishing, collecting honey and gaharu, bird nests, and dry rice farming are the daily activities of teh local Dayak Lesan tribe.

Tour Transport Possibilities :
Chartered 4WD car from Berau to the River of Lesan, canoe cruising the river of Lesan into the forest and jungle trek in to the Karst Mangkalihat Mountain range

Tour Duration :
Short Get Through Visit 3 to 7 Days