The wide wetland swamp forest, and low land jungle of Sebangau Park are the habitat of many wildlife species, including the proboscis monekys, orangutans and lot's of birds species, cruise by canoe the small rivers and wetland forest of Sebanggau park to explore the wildlife. Trekking the low land rain forest, for the unique flora and fauna, from flowers, as pitcher plants, and orchids 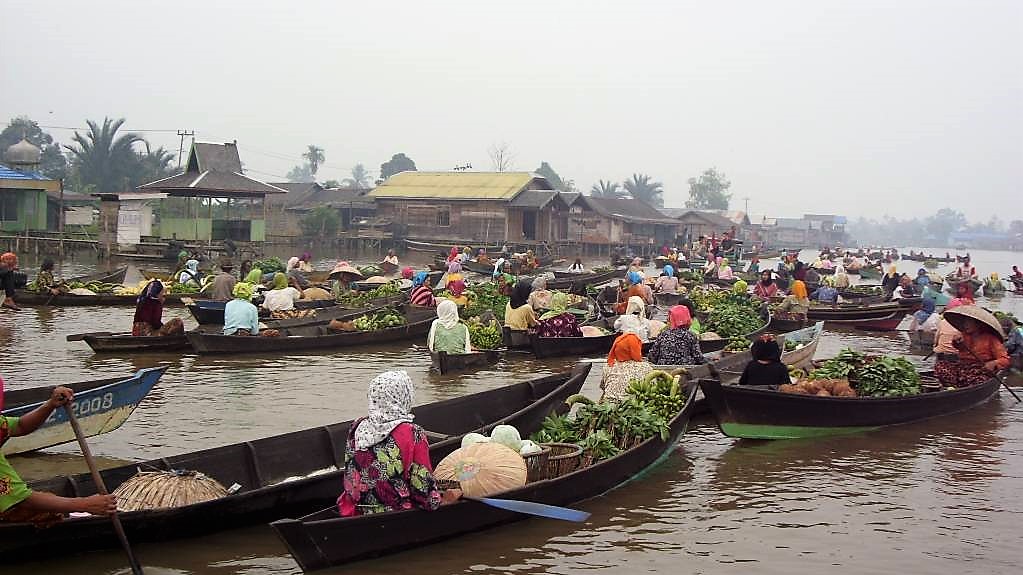 Visit the floating market of Banjarmasin as being part of Kalimantan ’s river-life, we explore the unique Banjarese trade of commodities as fruit, and vegetables from boat to boat. From Mount Tangkiling, we get a view over Kalimantan ‘s emerald jungle landscape from the top. Cruise the Rungan River to Orangutan Islands, where we can spot the orangutans from the river side, at Nyaru Menteng arboretum we got information of the rehabilitation process of these wildlife creatures. 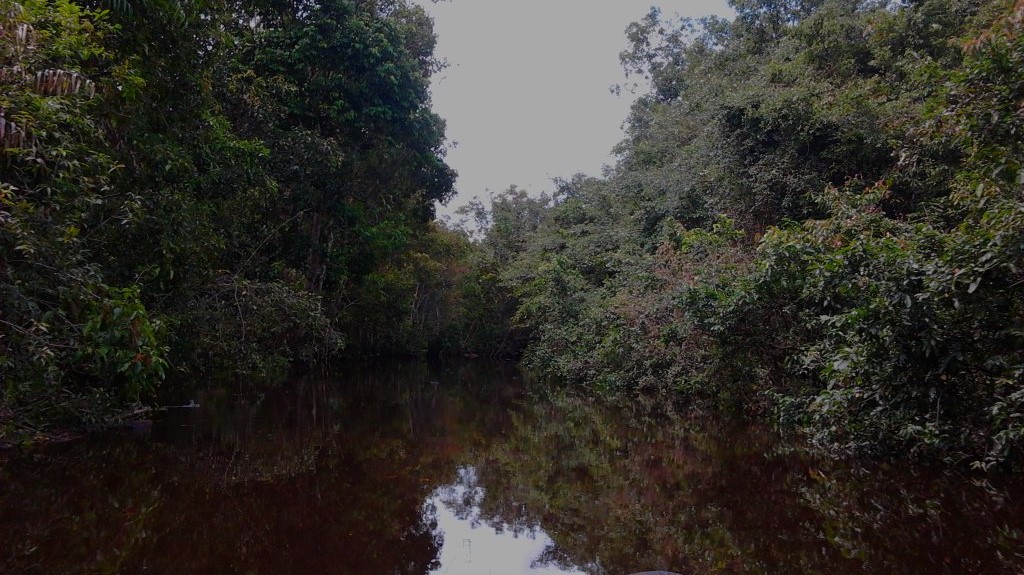 A Diverse Borneo Tour Packages Cruising Small Rivers in Central and South Kalimantan Province of Indonesia Borneo Island to explore the jungles and wetlands, visit the orangutan islands at the Rungan River, the villages to discover the rich Dayak Culture. The indigenous Dayak settlement with Longhouse brings you in South Kalimantan Province, for an Amazing Bamboo Rafting Adventure at the Amandit River of Loksado. During your trip you will enjoy the flora from Tropical Forest Tree species to wild orchids, and Pitcher Plants with culture as a grand diversity.

Cruise Trip Up the Kahayan RiverCentral Kalimantan Province of Indonesia Borneo Island is a wealth of ecological and cultural treasures that survive deep within the rainforest jungle of Indonesia ’s largest island. With its legacy of Chinese, Malay, Hindu, Muslim, and Dutch influences, you can discover a virtual mosaic of traditions flourishing in the bustling seaports and riverside cities of Borneo. Kalimantan ’s dense jungle and wide terrain of wetlands have traditionally kept the region isolated from all but the adventurous travelers, and along the upper reaches of the rivers, you can discover the rich Dayak Culture. The indigenous Dayak settlements along the Rivers of Kalimantan is an ideal way to experience the incredible culture, where village elders practice traditional medicine and mark their status with intricate body tattoos and remarkably heavy ear adornments, we will be warmly welcomed guests in their traditional longhouses.

Palangkaraya is the capital of the province of Central Kalimantan. This town in the upstream regions of the Kahayan river was formerly known as the village of Pahandut in the regency of Palangkaraya. In the local Dayak language, palangka means container; and raya means holy. Thus, palangkaraya means a holy container. The town occupies an area of about 2,400 square kilometers and is inhabited by 90,000 people.

The Oranutan Islands ( Pulau Bepalas & Pulau Kaja) occupied almost 110 hectare and is home to about 40 rehabilitated orangutans, awaiting the re-release in the forest. Kaja Island has seasonal floods that submerge the ranges forest trees on the Orangutan Islands, located in the Rungan River of Central Kalimantan. Cruising the Rungan river towards the Orangutan Islands, we can spot the wild Orangutans from the riverside.

The Tangkiling Mountain (nature reserve) lies approximately 34 kilometers north of Palangkaraya. Small rivers flow through the Tangkiling Tourism Park which lies only five kilometers from the center of the Tangkiling Park. Here, one finds Batu Banama Tangkiling, which is associated with a popular local legend. The Kereng Benkirai reserve is located in the vicinity

In Bukit Rawi, north of Palangkaraya, in the upper reaches of the Kahayan river, are a sandung and a sapunduk, wooden structures in which the ashes of the dead are kept. Sapunduk is a statue which serves as pillar. This pillar is also used to tie buffaloes during certain ceremonie Kualakapuas one can find the remains of old settlement. The place is also good for boating and recreation. Not far away is Pasir Putih in Lupak.

The longhouse at Tumbang Malahui, in the Rungan district, was built in 1911 by Ongko Uwan, together with six of his relatives and son-in-law, assisted by 400 workers. The house took a year to complete. The length of the house is 30 meters. The walls are made of tree bark, and the pillar is called bakas or sulung. Others are called penyambut, tengah and bungsu. A sandang statue is found in front of the house.
The place can be reached from Palangkaraya overland up to Tangkiling, then over the river to Timbering Jatuh, Rungan district. Then continue to Timbering Malahui, which takes two hours. A trip from Tangkiling to Timbering Jatuh, takes 10 hours by klotok boat. The same trip takes three hours by speedboat. An old boat, or banama, believed to have once belonged to the Banjar kingdom, is found on the Parigi river, a tributary of the Kahayan, at Kantan, Pandih Batu, Kapuas regency. The length of the boat is 30 meters and the width eight meters. Other antiquities are found in the surroundings.

Main Interest & Things to do :
Jungle trek and Dayak Culture
recommended visit time is 2 or 4 days
The area of the Kahayan River has an untouched jungle, and tradititional Dayak Culture
Wildlife like orangutans, and longnose monkeys can be found here, the WWF, BOS and other organizations have reseach and rehabilitation centres in the area.
Fauna is one of the best at Kalimantan, and still unexplored by tourism, along the Kahayan River
Orangutan Islands ( Pulau Bepalas & Pulau Kaja ), Orangutan spotting from the Rungan River by canoe or klotok-boat

Tour Duration :
Short Get Through Visit 4 to 6 Days